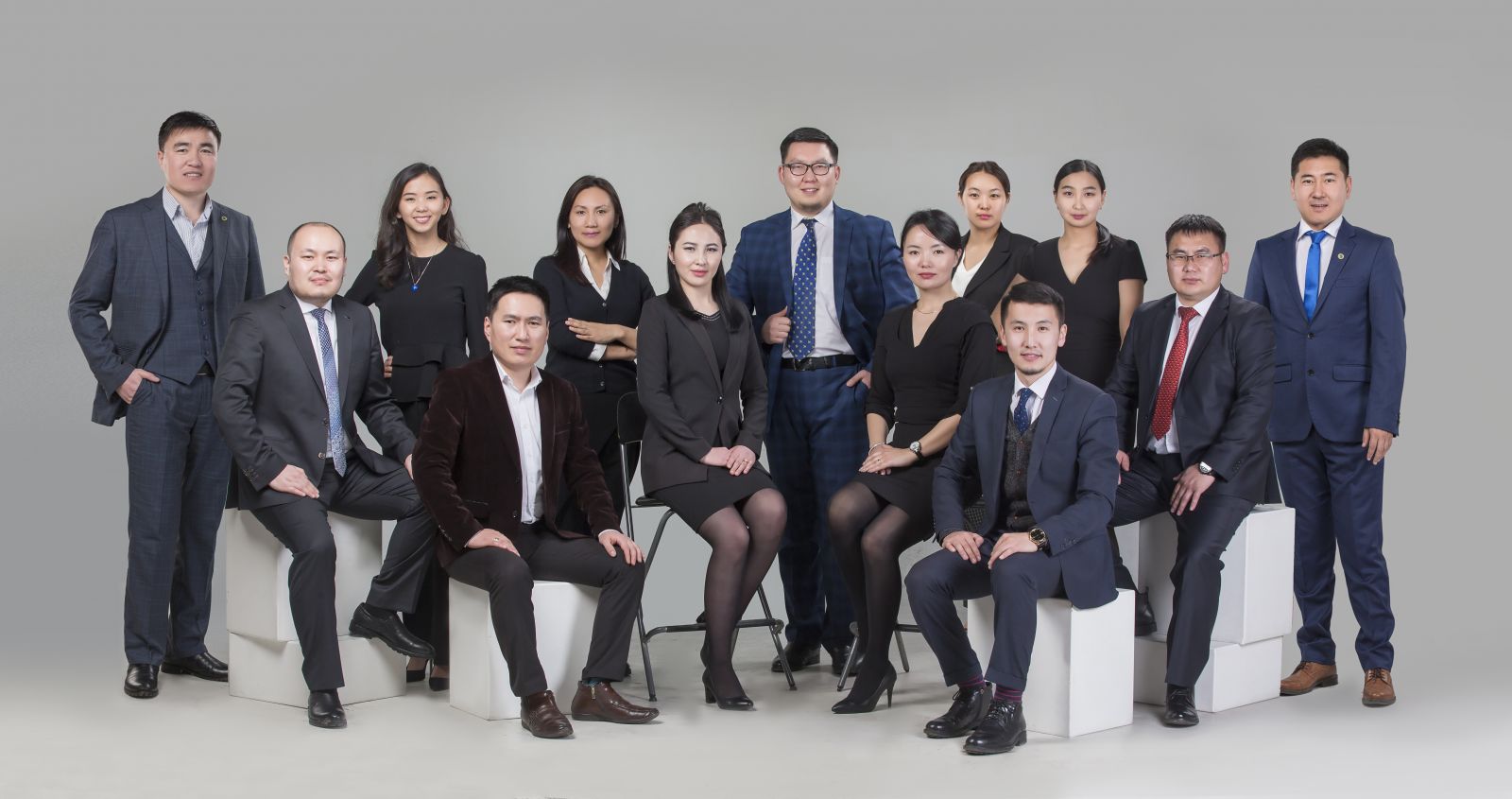 Founding partner
Khash-Erdene holds a bachelor’s degree in Law from School
of Law, National University of Mongolia.
He started his career from one of the leading corporate
commercial banks of Mongolia, Golomt Bank, where he
worked as a lawyer in charge of loan issue providing legal
opinion on classified loan restructure, settling non-performing
loans and representing Golomt Bank in numerous
capital/securities market projects and working groups.
In addition, Khash-Erdene has successfully participated in
multiple projects of grand importance such as providing legal
consulting for one of the biggest financial transaction in
Mongolian Stock Exchange’s history and for various
Mongolian top-tier corporations on closed bond program as
well as established “Virtus Real Estate”, the first investment
fund in Mongolia. He is a member of Mongolian Bar
Association and certified attorney by Financial Regulatory
Commission of Mongolia on securities market and corporate
governance.
Main areas of his specialization include Civil law, Securities
law and Company law.

Partner
Battulga graduated the School of Law, the National
University of Mongolia with a bachelor degree in Law. Prior
to joining KE Partners team, Battulga have had an experience
working as a specialist at the Ministry of Economic
Development, an expert at the Judicial General Council of
Mongolia and partner at “MJL Attorneys” LLP.
Also Battulga conducts a research work focusing mainly on
administrative and judicial law and has published several
articles and papers concerning various legal issues within his
practice area. In addition he is one of the founders of the
Electronic Database of Legal Research Articles
(www.legaldata.mn).
He specializes in Administrative and Civil law.

Partner
Munkh-Erdene holds a bachelor’s degree in Law from School
of Law, National University of Mongolia, and LLM
specializing in “International and European Business Law”
from School of Law, University of Vienna in Austria. Prior to
joining KE Partners Munkh-Erdene worked as a lawyer at the
Legal department of Trade and Development Bank of
Mongolia. He also worked as a part of a study team in charge
of preparing a report and manual for a research work on
“Assisting the elaboration of policy documents on legal
reform” and was a team member of authors in charge of
drafting a comprehensive manual on Administrative law as
requested by the School of Law, National University of
Mongolia.
Munkh-Erdene is a member of Mongolian Bar Association
and is fluent in German, Russian and English languages.
He also teaches subjects such as Administrative law general
and specific sections, administrative agreement and legal technique at the Department of Public Law of School of Law,
National University of Mongolia.
He specializes in administrative law.

Partner
Otgonbayar is a graduate of the School of Law, National
University of Mongolia, with bachelor degree in Law.
Prior to joining KE Partners team he worked as a Legal
advisor at “New Progress Group” LLC and a sole practitioner
attorney as a member of Mongolian Bar Association.
Otgonbayar also holds a license to practice law issued by an
order of the Minister of Justice.
Tumurbaatar Otgonbayar specializes in Criminal and Civil
law.

Executive director
Baljinsuren graduated the School of Law, the National
University of Mongolia in 2012 with a bachelor degree in
International Law. She started her career working as a
contract translator at Altain-Khuder LLC, one of the leading
mining companies in Mongolia, while she was an
undergraduate student. After her graduation, she worked at
Golomt Bank as a legal advisor providing professional legal
opinion on loan arrangements, carrying out staff’s legal
training and conducting overall internal management and
received an extensive experience in finance, contract, mining,
and capital markets sector. She is an inspiring young leader
fully proficient in English, a member of Mongolian Bar
Association, and a certified attorney in securities market.
Main areas of her specialization are civil law, banking,
finance, securities, and company law.

Chief Business Development Officer
Bilguun is a graduate from Dickinson State University, ND,
USA with a bachelor degree in Business management. His
prior professional experience includes working as a business
development manager and investment manager at Golomt
Bank of Mongolia. He also has experience handling the loan
portfolio of top corporate borrowers of Mongolia and is a
certified capital markets and finance advisor from Financial
Regulatory Commission of Mongolia.

Senior Associate
Radnaasuren is a graduate of the School of Law, National
University of Mongolia, with bachelor degree in Law. From
2010 to 2015 he worked as a senior specialist responsible for
Human Rights and Legal issues at the Department of
Administration and Management of the General Authority for
Court Decision Enforcement Agency of Mongolia. His main
responsibilities included drafting and revising of contracts and
orders or regulations of chief of the agency, representing
organization in Administrative and Civil litigations etc. From
2015 to 2017 he held the position of a Chief of the
Department of Baganuur Court Enforcement Authority and
was in charge of executing corrective actions, enforcing civil
court decisions and collection service of NPLs.
Currently, at KE Partners, he is working as a Senior associate
specializing in Civil and Administrative law.

Senior Associate
Lkhamsuren graduated the School of Law, the National
University of Mongolia with a bachelor degree in
International Law. Before joining KE Partners’ team, she
worked as a lawyer in a Legal Department of Trade and
Development Bank, one of the leading commercial
banks of Mongolia, and has received extensive
experience in the banking, finance and security sector.
Lkhamsuren is a member, attorney of the Mongolian Bar
Association and is fully proficient in general and legal
English. Fields of her expertise include Civil law, Securities law and Corporate law.

Associate
Sauleguli is a graduate of Shihihutug Law Institute with
bachelor degree in Law. She is a member of Mongolian Bar
Association and the Association of Mongolian Advocates.
Prior to joining KE Partners team, she worked as a legal
advisor in “Capital Market” LLC.
Sauleguli has experience in corporate and contract law and is
also in charge of several civil litigations to represent and
defend client’s right and legal interest and provide legal
advice.
She specializes in Civil law.

Associate
Batmunkh graduated the School of Law, National University of Mongolia, with a bachelor degree in Law. Before joining KE Partners, he worked as a legal advisor at “Altan Dornod Mongolia” LLC, as a lawyer at “Anand Advocates” LLP and has gained extensive experience in Criminal law field.
Mr.Batmunkh is a member, attorney of the Mongolian Bar Association and is fully proficient in German language. Fields of his expertise include Criminal and Civil law.

Junior Associate
Mrs. Dorjkhand is a graduate of School of Law, the National
University of Mongolia in 2007 with a bachelor degree in
International Law. She advanced her skills of English while
studying in the United States and is proficient in English.
Her duties at KE Partners include professional translation of
legal documents and assistance to other lawyers in legal
procedures and daily operation. Enkhbat Dorjhand is being
specialized in Corporate law and Labor law.

Junior Associate
Imanmagzam is a graduate of the School of Law, National
University of Mongolia, with bachelor degree in International
Law. He successfully completed 1-year English and Turkish
language course in the University of Gazi Republic of Turkey
and is proficient in English. As an undergraduate student he
worked as an advocate’s assistant in “Agaa and Partners” LLP
and gained great experience in corporate law field. Now he is
in charge of ensuring KE Partners’ normal daily operations
and rendering assistance to other lawyers in order to gain
practical knowledge and experience in his field of interest.
Imanmagzam has also successfully participated in multiple
conferences and competitions in the field of domestic and
international law as well as carried out volunteer work for
various organizations such as LGBT Rights Organization of
Mongolia.
Areas of his specialization include immigration law, corporate
law, business law, human rights and labor law.

Junior associate
Bat-Erdene Nomin graduated from Moscow State University
of International Relations with bachelor degree in
International Law and is fully proficient in Russian and
English languages. As an undergraduate student Nomin
successfully participated in multiple conferences such as
MIMUN (Moscow International Model United Nations), and
other inter-universities events in International law field.
Working at KE Partners she is responsible for providing other
lawyers with assistance and necessary information in carrying
out their daily tasks.
Bat-Erdene Nomin specializes in International Private law and
is now working towards gaining practical knowledge and
experience in her field of interest.

Accountant
Ts.Khulan holds a bachelor degree in Accountancy from
Mandakh University of Mongolia. She has worked as an
accountant and financial manager at Golomt bank and is a
Certified Public Accountant, ACCA student.